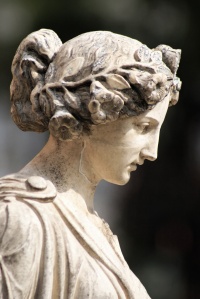 The Europa Unitas Movement was founded to advance and protect the interests of, and to uphold the culture and heritage of European (white) people around the world. We are White Advocates. Other races have advocates without apology, yet those who advocate on behalf of our people are singled out as “racists,” or accused of “spreading hate.” A glaring double standard exists concerning race today.

Our ideology or worldview could best be described as European Ethno-Nationalism or Racial Nationalism. We are neither “left” nor “right.” We regard such labels as increasingly meaningless. Our nations are plagued by soulless plutocrats. These men and women exist under various labels but they share all of their core positions in common. Our operative question should be, is it good for our people. It is from this position that we examine all political and social questions.

Europa is the Latin name of the continent from which our great people hail. Unitas, which means unity in Latin, refers to our desire to build a broad coalition of nationalists who will advocate for our people around the world. We will pool our efforts together, to become more effective, and to develop a greater respect and understanding of our common heritage, unique cultures, and traditions. Our people must re-discover their identity. They must be made to see that it is worth fighting for.

Our honour compels us to fight for our survival, to protect our women, our children and our civilisation. Honour must be the fundamental principle which defines us and sets us apart. We must be honest, loyal, and willing to sacrifice ourselves for the greater good of our people. We should be ready to give our lives in their defence if called upon to do so. Honour gives our lives purpose.

Today, our people live in dishonour. Foreign invaders have entered our lands and continue to do so. They disrespect us, insult us, and in many cases violently attack us. These invaders have much higher birth-rates. Generous social welfare programs incentivise these invaders to come to our lands, legally and illegally. Our people are no longer safe. Our people are vilified, insulted, and attacked in the media, academia and by their own governments. We must restore our honour.

Today our politicians, leaders, clergy, professors, and intellectuals are largely men without any honour. They are men who have betrayed and sold out their own people to enrich themselves and to advance their own careers and goals. In many cases they are men and women who prefer alien races to their own. One who betrays his own family and his own race is without honour. One who refuses to fight to defend our people is likewise without honour. He is either an emasculated coward, a self-serving traitor, or a fool.

We must be racially conscious and recognize the reality of race and all of its implications. We prefer the term European over “white” to describe our race. All of our people everywhere are European regardless of their geographic location. We have distinct identities, cultures, and traditions. Our great civilisations, philosophies, art, music, and literature can only be regarded as expressions of our unique genetic endowments. The races differ in IQ, creativity, conscientiousness, assiduousness, crime rates, and in many ways we cannot yet quantify through testing. All of these racial differences have important implications.

Our race is unique. Only our race could create a Beethoven, a Bach, or a Handel. Only our race could create a Michelangelo, a Leonardo da Vinci or a Bouguereau. Our women are uniquely beautiful, and they set the standard for beauty around the world. Many Africans, Arabs and Indians use toxic skin lighteners to try to appear more like us. Many dye their hair other colours to try to match ours. Many East Asians undergo painful cosmetic surgery to remove their epicanthic eye folds, to look more like us. Liberals decry “cultural appropriation,” yet the entire non-European world has adopted our manner of dress, our standards of beauty, and to varying degrees even our models of government.

Our people care uniquely about the environment and about animal welfare. Our scientists, inventors and explorers are second to none. Our people have shown by their history and their actions that they are capable of greater compassion than other races. This can be one of our most noble qualities when turned inward to help our people. Yet, this same compassion can be deadly when we direct it toward those who are not like us and who would take advantage of it. We must learn to be compassionate toward those who are deserving of our compassion and we must learn to be strong, tough and hard toward those who are not worthy of it. We must not allow our innate goodness to be manipulated and to become our undoing.

Many children of interracial relationships face difficult childhoods. Many grow up feeling as though they don’t really belong to any group. Most children from white-black relationships, ultimately identify nearly exclusively with black culture. Black culture denigrates learning, academic achievement, creativity, and high culture. Even if an individual black has an exceptionally high IQ, his children will most likely regress toward the mean. Clearly, such relationships are wrong for many reasons and on many levels.

Our racial qualities are carried in our blood. Miscegenation is dysgenic, as it destroys our great qualities and dilutes them, while introducing negative qualities into our blood and multiplying them among humanity. It is foremost the purity of our blood that connects us to our ancestors and to generations of our race yet unborn. Everyone should undergo autosomal DNA testing, and carrier testing to ensure that we only reproduce with those of comparable ancestry, who are free of genetic disorders. We must preserve, protect and propagate our race.

We must restore, protect and preserve the traditional family in order for our race to survive. There is no vocation more honourable for the women of our race than that of wife and mother. We must restore the dignity of the family and restore respect for marriage, housewives, and mothers. There is no experience more rewarding for a woman than having children. Our race suffers from birth-rates below replacement levels. Muslims, Africans, Arabs, Mexicans and many other minorities generally have significantly higher birth rates. If we are to survive, we must again learn to value the family, marriage, and children.

Feminism in all of its forms, gynocentrism, MGTOW, pick-up artistry, and other ideologies which put men and women in competition, and ignore their distinct biological differences, roles and responsibilities, must be explicitly rejected. We must reject the hedonism and sexual licentiousness that has resulted in unprecedented rates of sexually transmitted diseases among our race. Casual sex in which sex is seen as purely recreational, and children an unwanted burden, must be condemned. Sexual relations outside of marriage must be frowned upon and young marriage encouraged.

We must restore traditional patriarchy, chivalry and the natural roles of men and women. It is the duty of men to provide for, protect and lead the family. It is the duty of women to look after the home and care for their children. The rejection, alteration, or inversion of these natural roles has resulted in widespread unhappiness for men and women. It has also resulted in unprecedented divorce rates. About half of our peoples marriages end in divorce. Restoring the family is not optional, it is integrally imperative to the very survival of our people.

Men must be masculine and women must be feminine. Homosexuality, transgenderism and transsexuality must be rejected as unnatural, harmful and incompatible with our goals. Abortion must be regarded as the taking of innocent life, and completely contrary to our purpose and values. Our people must be encouraged to marry. They should have as many children as possible. We must transform our consciousness to regard the family as the most meaningful expression of our identity

To halt the flow of foreign alien immigration, whether legal or illegal, into our respective nations. We recognize this immigration is an existential threat to our survival and identity as Europeans. This threat must be neutralized and this immigration must be stopped immediately. Foreigners who are already living among us must be repatriated or deported. Our position on this must be absolutely uncompromising. Politicians, parties, groups and ideologies which promote this immigration must be seen as enemies of our people and must be opposed.

To uphold the healthy and positive traditions, values, ethics, customs, culture, music, art, literature and philosophies of our people, that they shall not perish from the earth. We must preserve our identities and rediscover who we are. We reject unhealthy ideologies foisted upon our people in an effort to make them hate and despise themselves. We reject the notion that our people owe the world any sort of apology. Our people’s cultural, intellectual, philosophical, mathematic, and scientific achievements are the envy of the world.

To foster a spirit of brotherhood and cooperation among all the European-sub races while respecting the individuality and the differences of each of our national groups. It is our belief that Europe is great in part because of the diversity within our European family. We wish to see that diversity preserved. It is desirable that our people continue to exist in their own nations, their own families, and following their own customs. Each group has its own unique strengths and weaknesses. We favour the preservation of the ethno-nationalist, cultural, and genetic integrity of these different unique sub-groups.

We are dedicated to representing our people around the world. We advocate for the interest of all of our people everywhere. We see our race as part of our larger family. 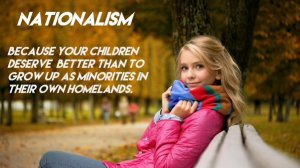 Papal Neutrality in the Culture War? By Patrick J. Buchanan

US Christian Churches Back Muslim Invasion – The New Observer

March Of The Titans By Arthur Kemp

Are White Women The Gold Standard In Beauty? – Chateau Heartiste

Why Are Black Women Less Physically Attractive Than Other Women? By Satoshi Kanazawa

Why most African-Americans could care less about animal rights By Evan F. Moore

The Cult of White Extinction, and How to Reverse It by Clement Astor, American Renaissance, June 26, 2015

Islam is NOT a Religion of Peace – Paul Joseph Watson

The Color of Crime (Second, Expanded Edition, 2005) Published By The New Century Foundation

Hispanics: A Statistical Portrait, Published By The New Century Foundation

Does Sleeping Around Make People Happier?

Sexodus: Why Are Young Men Giving Up On Women? – Paul Joseph Watson

The Unhappy Woman Is A Feminist Archetype, Chateau Heartiste, July 15, 2014

The Straight Dope on Homosexuality By Elizabeth McCaw, December 26, 2013

Confessions of a “Transphobic” By Greg Johnson